The Shaw & Shaw story is all about caring. Caring about each other, caring about what we do, and most importantly, caring about our clients in a way that seperates our firm from all the others.

Shaw & Shaw was founded in 1976 by brothers James and Joseph Shaw. Shaw & Shaw started out as a two-lawyer firm with one part-time secretary. The office was originally located on Electric Avenue in Lackawanna, New York. James and Joseph shared office space with State Music Distributors, a vending business which they owned and operated with its founder and their father, the legendary Joseph H. Shaw, Sr.

James Shaw developed the Matrimonial/Family Law and Criminal Defense practice areas, and during his tenure, was known as one of the most respected and knowledgeable attorneys in these areas. Among his many accomplishments, James Shaw served as President of the Erie County Bar Association and held numerous other positions within the Erie County and New York State Bar Associations, entrenching Shaw & Shaw as one of the premier firms in New York State.

Joseph Shaw was the driving force behind the development of Shaw & Shaw’s Real Estate and Business practice areas. During the 1980s and 1990s, Joseph Shaw gained notoriety as a Sports and Entertainment attorney representing sports and entertainment personalities including, James Haslett, Steve Tasker, Bruce Smith, Cornelius Bennett, Jim Kelly, and others.

In 2014, both James and Joe decided to sell their stock in Shaw & Shaw and continue to work on a consulting basis, as well as act as mentors to assist the firm with the transition. Their efforts to date have ensured the continuation of Shaw & Shaw as one of the premier law firms in New York State.

In 1986, Leonard Zaccagnino joined the firm as an Associate. With the support of James and Joe, Leonard was the driving force in the development of Shaw & Shaw’s Personal Injury practice. Today, Shaw & Shaw is recognized as one of the elite firms in the Personal Injury area.

Among other things, Leonard is a frequent lecturer and writer, focusing in the area of Trial Practice. He is also affiliated with the University of Buffalo Law School as a teacher and Trial Team Coach, working with law students.

Jennifer Burke joined Shaw & Shaw as an Associate and presently joins Christopher as an Equity Partner. She is presently the Managing Attorney in charge of the Real Estate practice. Taking the lead, she and her staff have expanded the Real Estate practice with her flare for business development, and personality that attracts clients and key employees. Jennifer has also taken on the additional role of Managing Partner, overseeing the day to day operations of the firm.

Samantha Schultz originally joined the firm focusing her practice area in Matrimonial/Family Law. Under the mentoring and guidance of founding partner James Shaw, Samantha is rapidly developing an expertise in this area. Samantha brings knowledge and a calming presence which is critical when representing individuals entangled in these life-changing issues which are often complicated and emotionally overwhelming for the parties involved. Samantha is also certified as a matrimonial mediator, for which she is highly regarded.Recently, Samantha has also been involved in Shaw & Shaw’s expanding Estate practice with Christopher.

Blake Zaccagnino focuses his areas of practice in Personal Injury, Criminal Defense and General Civil Matters, including evictions and Appellate Practice. He has an enthusiasm and relentless work ethic, which is admirable and contagious.

Shaw & Shaw prides itself on a family atmosphere. Every attorney and employee of Shaw & Shaw is integral to the continued development and expansion of Shaw & Shaw. Shaw & Shaw exists to serve clients with excellence in all areas. Shaw & Shaw’s attorneys and staff have been hand-picked. Together, the synergy created through each individual’s efforts and joint commitment to excellence in client service allows Shaw & Shaw to stand alone. 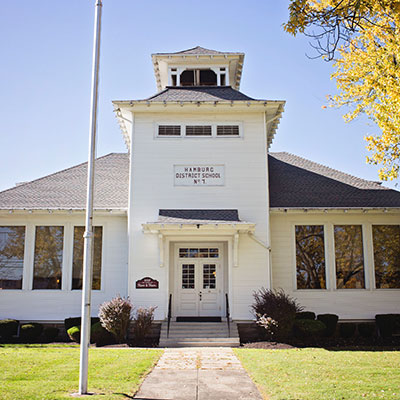